Lady Gaga is set to wow fans with a provocative new photospread for style magazine V. 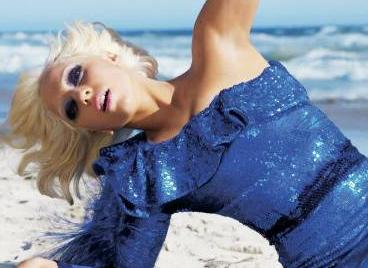 The hitmaker, sporting a curly, Pamela Anderson-style hairdo, poses among sand dunes wearing bondage gear and a see-through lace mini-dress in the sexy shots. You could see her pictures here.

In one of the candid photos, Gaga – real name Stefani Germanotta – wears a breast-bearing bra under an off-the-shoulder shirt and in another saucy shot she arches her back in a figure-hugging black leather corset.

It’s not the first time the singer has bared almost all for a magazine shoot – she recently appeared on the front of Rolling Stone wearing nothing but heavy make-up and a see-through bubble corset.

Meanwhile, the singer recently revealed that she’s been doing volunteer work since the age of two.

She said: “I’ve been doing volunteer work since I was two. When I can, I do everything I can for those in need. When I was in school in New York I did 60 hours a year of volunteering with young people hungry for a life in theater.”

She added: “It was for kids who didn’t go to schools with good theater facilities. It was a great cause.”