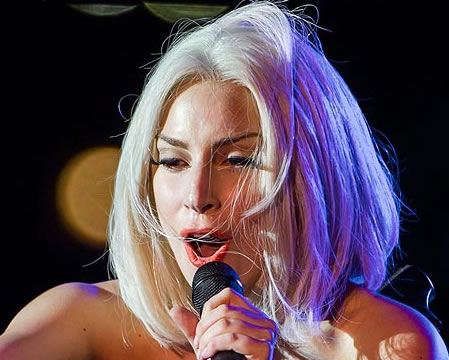 The bag is a part of an exclusive collection between Hirst and the Olsen twins clothing label The Row. It is also designed and signed by influential artist Damien Hirst. A source dishes that Taylor loves his backpacks so she wanted to get him a real one-of-a-kind since only 12 have been made. The bag is complete with a gold plated brass feet to rest it on and covered in famous spot paintings. The “Poker Face” singer also arranged for a jet to fly them to Chicago so his boyfriend can see his family. Meanwhile, Lady Gaga played her first gig in almost five months over the weekend since her hip operation in February. She sung a version of the Star-Spangled Banner and made a speech about gay rights at a rally in New York.