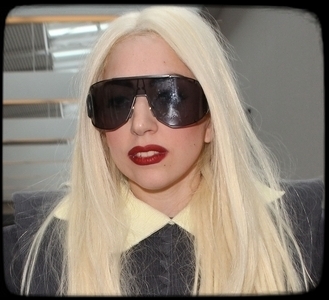 The “Poker Face” singer, who wore a dress made by Franc Fernandez, showed her protest against the military policy “don’t ask, don’t tell.”

She also supported her gay fans that have served and have been discharged under the policy.