Justin Timberlake will never find true love because he is married to his career, his former band mate Lance Bass has claimed. 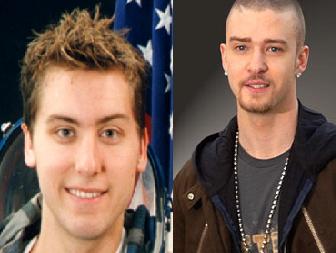 Lance Bass revealed the pop hunk never fully committed to former girlfriend Britney Spears because he was only interested in being a pop star.

In his new autobiography, ‘Out of Sync’, Lance wrote, “Britney showed no signs of the turmoil she would eventually encounter, maybe because she was so in love with Justin she thought it was going to last forever. I knew it wouldn’t. Justin already had a great love in his life – his career. He wanted to be a star and no girl, no matter how great, was going to be able to distract him from that for more than a night or two between trips to the center of the spotlight.”

Lance Bass added Britney Spears was a “perfect girlfriend” and liked nothing more than hanging out with NSYNC in her pajamas, saying, “At the time (2001), Britney struck me as just this adorable little teenage girl at a perennial slumber party, staying up late and having lots of fun. But as I said, she seemed like the perfect girlfriend, especially when she wore her pajamas and hung out with the boys.”