“When Leo first arrived there were swarms of girls all over him but now he only has eyes for Anne,” so says a source of the alleged dating partners. 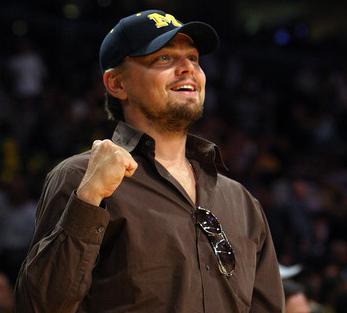 Never talking his love life publicly, Leonardo DiCaprio is reported romancing Russian model named Anne Vyalitsyna. The dating speculation sparks less than a month after he was linked to The Pussycat Dolls’ singer Ashley Roberts following his never-confirmed split from on and off girlfriend Bar Refaeli.

Per The Sun, Leo and Anne first met last month while he was in London filming his movie “Inception”. He was said to have treated her and a group of friends to Ibiza. And over the last week, the alleged lovers were spotted visiting various clubs and restaurants together.

“It’s very early days but they can’t keep their hands off each other,” a source testifies. “When Leo first arrived there were swarms of girls all over him but now he only has eyes for Anne.” Leo himself, as usual, keeps his lips tightly sealed on the dating report.

Anne Vyalitsyna, who is known simply as Anne V, is best known for her consecutive 5-year run in the Sports Illustrated Swimsuit Issue. Besides, she has also modeled for some high profile brands, including Anna Sui, Calvin Klein, Christian Lacroix, Dolce & Gabbana, and Fendi.

Leonardo DiCaprio was last caught on camera on Sunday, August 9, soaking in the sun with fellow actor Lukas Haas on a beach in Ibiza, Spain.