Leonardo DiCaprio, who promotes her upcoming film “Revolutionary Road,” discuss his passion for the environment and the new sports car he just bought. 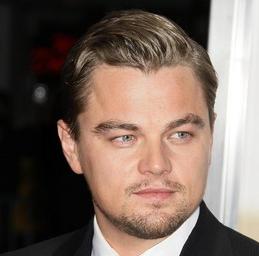 The actor recently traded in his Toyota Prius hybrid car for a £100,000 Tesla, the first high-performance electric car.

He revealed: “It’s my first sports car and it’s an unbelievable drive. It’s scarily fast and it all happens with the flip of a switch, unlike a piston-driven engine that needs to build up momentum.”

The Tesla Roadster goes 244 miles on one charge and burns no oil.

He also talked about his Obama excitement and the origins of his environmentalism, saying: “Since I was a kid I’ve been passionate about different species being pushed into extinction… This is not about me. And it’s not about one group of people telling any other group of people how to live. I don’t think it’s fair to tell people to install solar panels, buy (low-watt) light bulbs or drive a hybrid – that’s not a reality for most people…”

He continued: “We are the most powerful country in the world and we haven’t made a tiptoe towards renewable technologies. We should be the ones paving the way, the ones other countries look up to. It makes me extremely sad.”

He added: “I was in Rome when Obama won the election. He represents a whole new era. Obama gets it that green technology and the economy go hand in hand, that we can build an industry that will create new jobs and economic growth and make us less reliant on foreign oil.”