Prince William, who previously stepped out in his new beard and then vowed to shave it off, heads to church yesterday and he was still bristling with pride about his new beard. 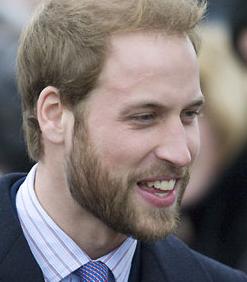 The 26-year-old prince had claimed on Christmas Day that he would be shaving it off.

But he boasted about the look to a blind woman as he arrived with Princess Eugenie, 18.