Leonardo DiCaprio wants to get married. 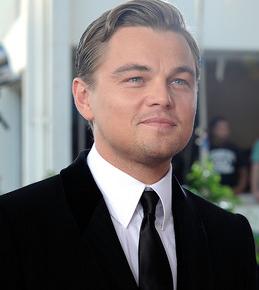 The “Revolutionary Road” actor previously maintained he doesn’t believe in marriage, but has now changed his mind and “grown up.”

Leonardo, 34, revealed: “I absolutely believe in marriage. In saying that I realise I am contradicting everything I’ve said before. Yes, I want to get married and have children.”

The US actor, who is reportedly dating Israeli model Bar Rafaeli, puts his previous views down to inexperience.

He continued: “It sounds like the ignorance of youth to me. When did I say those things? Three or Four years ago? Hey, we grow up real fast.”

Leonardo also said the media attention and scrutiny which came with his huge success as an actor in films such as ‘Romeo and Juliet’ and ‘Titanic’ had a huge impact on how he saw the world around him.

He shared: “‘Titanic’ was a period of rebellion for me. I was portrayed as the world’s number one poster boy, a heart-throb. It wasn’t what I wanted to be at 24.”

He added: “It was never the recognition I wanted. The whole experience was so shallow and empty. That’s why I took a break. I was conscious that I needed to do something different.”

“Revolutionary Road” is released in European cinemas this month.