Lily Allen, who was a British singer, has blamed the stress of her failed chat show for her recent weight gain. 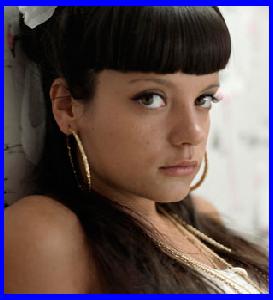 The “Smile” singer has a television debut entitled “Lily Allen and Friends”, was deemed a flop after it failed to attract high enough ratings, with its first episode only drawing 255,000 viewers just two per cent of the potential U.K. audience.

And the 22-year-old singer insisted the stress of keeping audiences interested has made her dramatically gain weight.

She revealed, “I don’t look great at all. I’ve put on so much weight with all the stress of my TV show. I’m glad it’s over. Now the show is over I am sure I will lose some weight, just naturally as well as exercising in the gym twice a week.”

Lily Allen, who was championed curvy women when launching a high street clothesline to rival model Kate Moss’ last year, was desperate for a quick fix.

She added, “I hate fat tummies so I hope it goes by summer.”