Lily Collins and Taylor Lautner broke-up one week before the action film’s red carpet premiere and after party in L.A. on September 15. 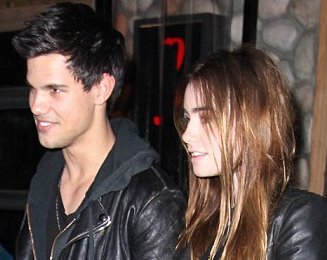 The split was initiated by Taylor Lautner. The former couple barely said a word to one another at the “Abduction” party. They were steadfastly quiet about their real-life romance, although Taylor dished the scoop to Seventeen magazine that they hit it off immediately. Now, the actor wants to be a single for a while and he can properly move on.