Lindsay Lohan, who has hit the headlines with her lovers’ kisses and tell like Riley Giles and one of her Italian lover in hunk-packed Italian New Year sojourn, has been reportedly dating fellow actor Adrian Grenier for a month. 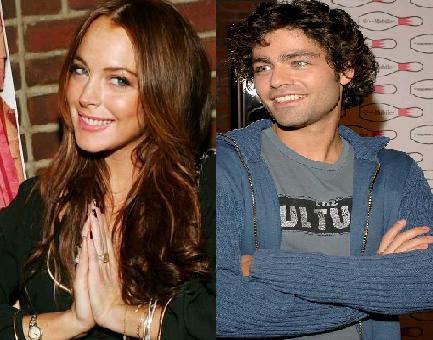 The fun-loving “Freaky Friday” actress has reportedly kept her relationship with the “Entourage” star under wraps since they started secretly dating in December until now. It was reported that the actress has been dating Adrian for almost a month but for once she’s trying to keep things quiet.

A source revealed, “Lindsay and Adrian have been enjoying lots of time together. It’s going brilliantly but they know if it came out they wouldn’t get a moment’s peace.”