Everyone knows that Lindsay Lohan has a little sister Ali, but OK! can now exclusively reveal that there is yet another, secret sister — that even they have never previously known existed! 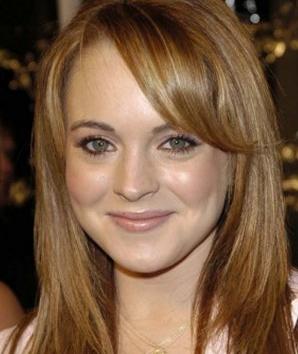 Lindsay’s father, Michael Lohan has reportedly admitted that he had a relationship with another woman, which resulted in a pregnancy.

In a statement, Michael Lohan revealed, “Years later [the woman] contacted me, convincing me that I was the only person she was with and that she had my child.”

There are letters, which Michael Lohan wrote to the girl’s mother, where he says that his secret daughter “is beginning to look a lot like Linds, with a mix of [younger brother] Cody, believe it or not.” He also sent his daughter a photograph of himself while he was still in Collins Correctional Facility which he signed “Love Daddy.”

Michael’s secret daughter has had many conversations with her dad, the girl’s mother. He even called her for her 13th birthday on June 12. But he has never visited her or provided financial support.
The girl’s mother told, “It’s time for Michael to take responsibility.”