Miley Cyrus, who was “embarrassed” by her near-nude Vanity Fair photo “mistake,” believed that the incident made her “even more related” to the public and doesn’t think it will affect her career. 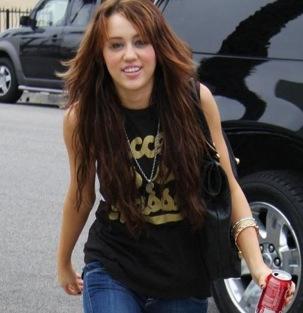 The teen actress revealed, “I was embarrassed but also it’s like, every career thing that I do can’t be perfect, and sometimes my decisions are wrong. I think that just makes me even more relatable.”

The star continued, “I don’t think people will look at me any differently because they’re like, ‘You know what, I’m going to do stupid stuff too, and I’m going to make mistakes, and that’s fine.'”

The “Hannah Montana” star, who immediately apologized for the photos after they surfaced in April, added, “But you know what, it doesn’t mean that you can’t move on. I took part in a photo shoot that was supposed to be ‘artistic’ and now, seeing the photographs and reading the story, I feel so embarrassed. I never intended for any of this to happen and I apologize to my fans who I care so deeply about.”