Lindsay Lohan was spotted hanging out with her father in New York. 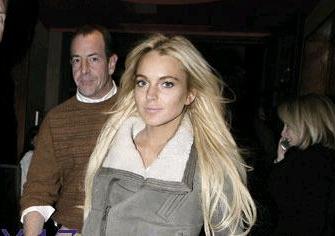 The “Freaky Friday” actress, who has previously seen in a family therapy, has fine relationship with her father, Michael since the duo were spotted in New York together just after Thanksgiving.

The actress was also spotted dining with her mother Dina as well as her publicist Leslie Sloane Zelnick at Da Silvano. Then the actress went shopping at Kirna Zabete on November 21 in New York City.