Lindsay Lohan is at the center of a sex tape scandal after footage emerged allegedly showing the actress performing a sex act on Irish model Calum Best. 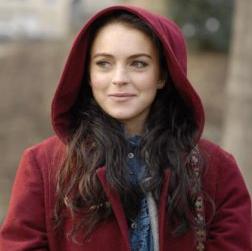 The 21-year-old actress dated the son of British soccer legend George Best last year, and, according to British tabloid “The Sun”, the video was leaked on the Internet after Calum sent the clip to “close friends”.

Representatives for both Lindsay Lohan and Calum Best have refused to confirm or deny the existence of the tape.