Lindsay Lohan was spotted while leaving the Montage Hotel in Beverly Hills on February 25. 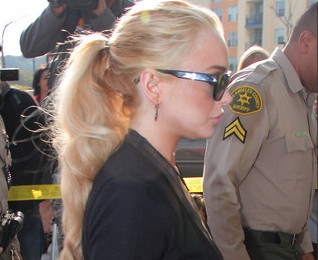 The “Freaky Friday” star shot a Creative Coalition PSA in support of military families. She arrived around 4:30pm with several pals, reviewed her lines and headed into a private room to record the PSA.

Meanwhile, Lindsay is expected to appear in court on March 10 for her felony grand theft preliminary hearing.