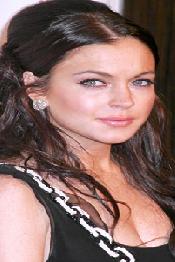 The “Freaky Friday” actress, who has twice been busted on suspicion of driving under the influence so far this year, has inspired the X-rated movie Lindsay HoHand: Get Out of My F**king Way.

The movie, which is due for release in October, sees Lindsay, played by actress Paulina James, giving a pleasure to a police officer.