Lindsay Lohan, who is refusing to quit acting after a disastrous year dominated by two driving under the influence arrests and three spells in rehab, insisted, “I’m here to stay”. 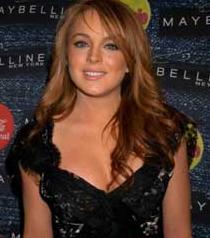 The “Freaky Friday” actress insisted she “hit rock bottom” after her final stint, in a rehab clinic in Utah and she has been slowly regaining the strength to make a comeback.

She revealed, “Everything in my life came to a point where I had to make a decision.”

Although Lindsay Lohan still fears relapsing and drinking again, she added, “I’m here to stay” and is already planning her Hollywood return.