Lindsay Lohan, who recently undergone rehab treatment, has promised fans her first movie s*x scene won’t be too gratuitous – she keeps her bra on. 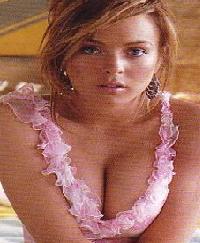 The “Freaky Friday” actress admits her mother Dina was horrified when she realized she would be simulating intercourse in the murder thriller I Know Who Killed Me.

The 21-year-old actress revealed, “Did I go [email protected] for it? No, I had a bra on. “I told my mom about it and she screamed. “I was actually so nervous but then I was fine. It’s weird.”