Betty Ford staffer Dawn Holland was called to do a breathalyzer test on Lindsay Lohan and two roommates after a night of partying past curfew. 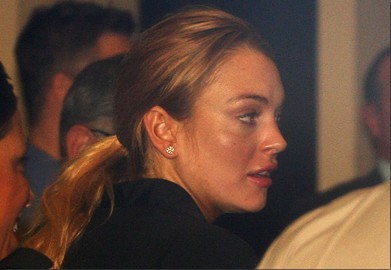 The “Freaky Friday” star refused and was informed by her mom on the phone that she didn’t have to breathalyze. She allegedly pushed the staff and called 911. While on the heat of argument, she threw the phone and call the staffer a ‘C__T B___H.'”

Finally Dawn claimed that Lindsay grabbed her wrist and snatched it down. Her arm and hand were also twisted while trying to snatch the phone.