Lindsay Lohan could be heading to the jungle — she’s reportedly in talks to star in either the UK or US version of I’m a Celebrity.. Get Me Out of Here! 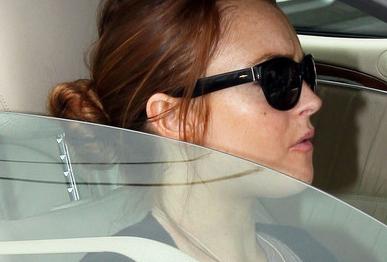 Producers are reportedly keen to see the Mean Girls star embark on a Bushtucker Trial.

“Lindsay’s the perfect person for a reality show like I’m A Celeb. She’s young, fallen and there’s an element of tragedy in her life,” a source told a British tabloid.

“Most people who go on the show are in need of a healthy pay chck and also want to raise their careers from the dead. Lindsay is perfect fodder for the show.”

The UK version has just started working on recruiting the new line-up and names in the mix so far include Samantha Fox and Brian Blessed.

Meanwhile the US version, hosted by Myleene Klass, is approaching Lindsay’s people to try to tempt her into the Costa Rican jungle at the start of next year.

“This could potentially net her up to $500k,” the source added. “She could certainly do with the money.”