Lindsay Lohan has been giving actor Chris Pine tips on dealing with the limelight. 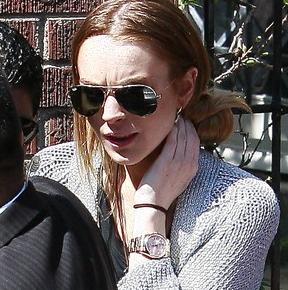 Pine, who plays Captain Kirk in the new Star Trek movie, co-starred with Lindsay in the 2005 movie “Just My Luck”, and saw at close quarters the price she pays for mega-fame.

He added: “If Lindsay was drinking water, people would say: ‘Why is she drinking water?’. But she said to me: ‘Anyone in my position has asked for the attention’. And I think that’s true, but I can’t imagine that kind of fame.”