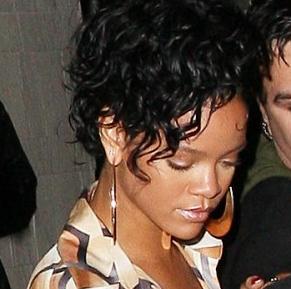 According to a British magazine, the “Take a Bow” hitmaker, 21, believes Brown, who has been charged with felony assault and making criminal threats after he allegedly battered her last month, should appear on Winfrey’s popular daytime program to show his remorse.

A source revealed: “Rihanna has been talking to Oprah Winfrey on a regular basis since late February, when Oprah begged her not to take Chris back. She put the offer to Rihanna to come on her TV show to discuss the event.”

The source continued: “Rihanna was resistant, so Oprah suggested Rihanna tell Chris that despite their recent commitment ceremony, she’s been having second thoughts about them being back together. And agreeing to go on Oprah’s show and tell the world how sorry he is will help make up her mind.”

The source added: “Chris said no at first, but bought himself some time by saying he needed to think about it with his mother Joyce. But he’s desperate to win over the American public and he’s realized this could be the perfect way. Rihanna’s trump card may be that Chris is desperate to avoid jail and thinks prosecutors will go easier on him if he expresses public contrition.”