Lindsay Lohan wants to endorse bottled water now. A representative for the “Freaky Friday” star, who is currently being treated at Malibu’s Promises Center for alcoholism, has been appealing to mineral water brands for sponsorship. 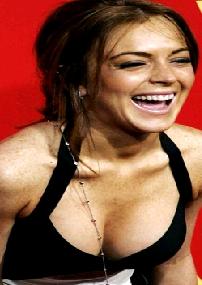 A source revealed, “A rep or assistant called Evian’s office last week, asking for free shipments of Evian to be delivered to Lindsay.”

In the days leading up to her birthday Lindsay visited her former residence, Hollywood’s Chateau Marmont hotel, with two friends where she drank tea, diet coke and water. She also attended an Alcoholics Anonymous meeting in Santa Monica.