Lindsay Lohan has been tipped to play Paris Hilton in a movie of her life. Britney Spears could also join the “Mean Girls” actress on the project. 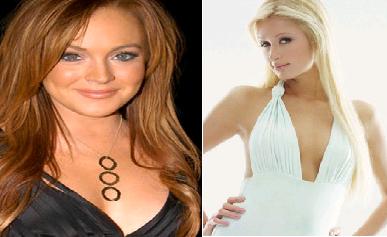 A source revealed, “There have already been negotiations with a major film company to make the Paris Hilton biopic with Lindsay Lohan playing Paris – with Britney Spears singing the soundtrack.” The three stars have previously been seen partying together.

Lindsay and Britney both entered rehab this year, while Paris was released from prison on Tuesday after serving 23 days for driving with a suspended license.

A source added, “Paris was on cloud nine. Rather than talking remorsefully about her time inside, she seemed energized by her plans to capitalize on her experience.”