Mike Myers, a Canadian comedian, was left battered and bruised after playing fighting with his “Shrek” co-star Cameron Diaz. 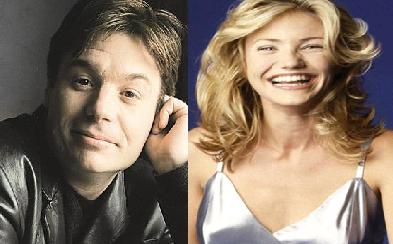 The actor insists his enjoyment of mock fighting quickly faded when Cameron Diaz injured him.

He revealed, “She’s a karate expert. We have these pretend scraps but sometimes she connects. I have cuts to prove it. The first time we were doing it we were messing about and she clocked me, knocked me to the ground.”

He added, “I went back and did a little cuff on the back of the head and she was incensed so punched me in the stomach and I went down again… she was standing over me yelling, ‘Stay down bitch., She beat the crap out of me… big burly men had to pull her off me.”