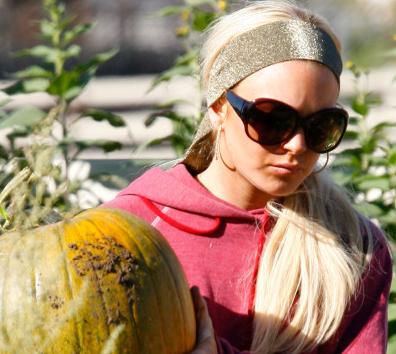 Samantha Ronson may have been booked for a DJ gig on her special day but that didn’t stop the inseparable pair getting romantical at Los Angeles’s Crown Bar.

A report indicated that promptly five past midnight, the music was silenced and Lindsay Lohan led the club in a rendition of “Happy Birthday” while presenting Sam Ronson a cake and a lingering kiss.

Between handing out cake to their friends, the gals got cozy in the deejay both and snapped photos of themselves. Lindsay Lohan spent most of the early morning dancing back-to-back with Sam Ronson, who closed out her set around 1:30 a.m.

The couple have so far refused to confirm reports they are in a same-sex relationship, but that hasn’t stopped rumors that they are now planning to exchange vows in a Los Angeles commitment ceremony.

According to reports, Lindsay Lohan’s mother Dina is planning a lavish reception party to “welcome Sam into the family”.