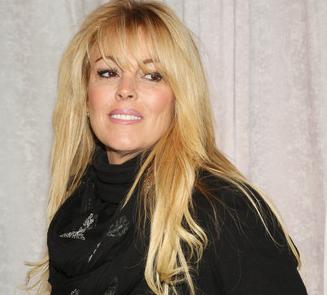 The 46-year-old was in L.A. with the teenager last week visiting the star and the trio was reported to have been turned away from Hollywood hotspot Villa last Wednesday night – after security guards refused access to underage Ali.

The matriarch is fuming about subsequent reports accusing her of pushing her youngest daughter into a party lifestyle by taking her to nightclubs.

And Lohan has taken to her Twitter Internet page to rant about the stories.

She writes, “You know WHAT ok I’m sorry but this is just out of control I am not a monster or a ‘partyer’, just a mother trying to do her best. F (f—) this and I don’t normally swear but F (f—) THIS! I am sick of being HATED. How do you all think ‘nightclubs’ make money, not by being open at night they are RESTAURANTS during the day so how can I be crucified! Anyone that watched my show on E! entertainment Television will know that I am no ‘partyer’, ‘bad mom’ ‘neglectful’ ‘unaware,’ I am VERY aware.”