Lindsay Lohan, who was spotted partying at II Sole nightclub, has another curious case of trout pout. 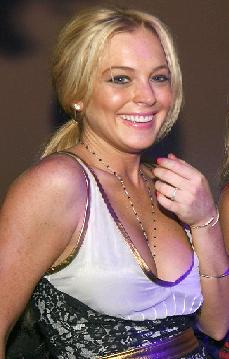 The “Freaky Friday” actress was seen at a boutique Italian restaurant on Sunset Boulevard in Hollywood.

While the actress had a quiet meal with her boyfriend Riley Giles, for once what stood out wasn’t her partying, but her strange appearance.

The actress appeared to have done something to her lips to make them look huge, and was sporting a rather uneven fake tan.

You could see the photo of Lindsay Lohan’s odd lips here.