Grammy-nominated songwriter Kara DioGuardi has joined “American Idol” as a fourth judge, according to the FOX announcement. 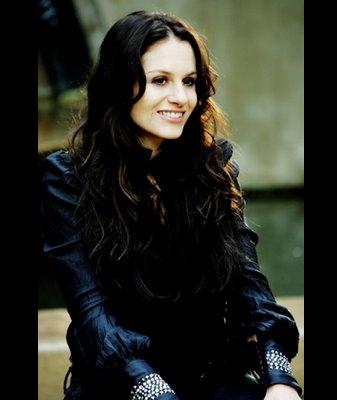 The songwriter will sit alongside Paula Abdul, Simon Cowell and Randy Jackson at the judges’ table and use her background as an award-winning songwriter and producer to praise or critique the wannabe hopefuls throughout the eighth season of the competition, which begins in January.

Simon Fuller, who is the creator and executive producer, described the new judge as “smart, sassy lady, and one of America’s most successful songwriters. We know she will bring a new level of energy and excitement to the show.”

Kara DioGuardi did not think that Paula Abdul feel threatened, saying: “I haven’t spoken to her. I would think she’d be excited.”

After hearing from the show’s producers, who approached her for the gig and are hoping to create “a new chemistry as well as keeping the old” with the expansion of the judges’ panel, Kara DioGuardi admitted: “I almost fell off the chair.”

She also doesn’t have a clue where she’ll sit or how four judges will break a tie during the auditions, she confessed: “I’m a little nervous. I’m going to be a straight shooter and say it like I see it and maintain that philosophy.”

She added: “I’m not a household name. I’m putting some money into buying some makeup.”