Jamie Lynn Spears is reportedly in Louisiana and under the control of mom Lynne Spears. 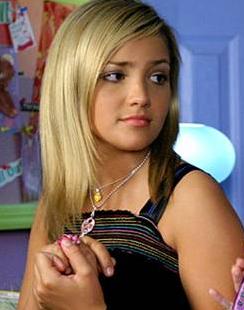 Her mom Lynn doesn’t want the “Zoey 101” star to turn into a train wreck like her older sister Britney. And a chatty relative revealed that Lynne is even in denial over Jamie Lynn’ baby. The plan, according to June Austin Spears is to keep Jamie Lynn hidden away in Louisiana and out of sight.

June Austin Spears, the grandfather of Jamie Lynn and father of Jamie, has hit out at his daughter-in-law Lynne, also accusing her of hiding 16-year-old Jamie-Lynn from the world.

He revealed, “Lynne keeps Jamie Lynn hidden. She is in denial about the pregnancy. She thinks it’s just going to go away. But it’s not. It’s going to get bigger and bigger.”

Jamie Lynn has previously shocked the world when she revealed in December she is expecting her first child with boyfriend Casey Aldridge.