Madonna is criticized for using a word while posting a picture on Instagram. 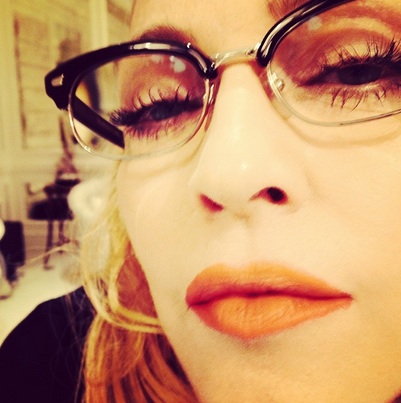 The singer posted a picture of her son Rocco on the photo-sharing site. She bragged with the caption: “No one messes with Dirty Soap! Mama said knock you out! #disni**a.” Although the Dirty Soap is obviously a nickname for Rocco, the ‘N’ word in the hashtag sparked criticisms from other followers. Few comments surfaced like Madonna needs to take her arthritis medicine instead of trying to be hip on the internet. Meanwhile, Madonna later replaced the photo caption by writing: “#get off of my d*ck haters!”