Madonna and Guy Ritchie, who previously sparked reports of having 76 million dollars of divorce settlement, have issued a statement saying both are happy with the financial agreement reached in their divorce but they aren’t telling you or anyone else about the details. 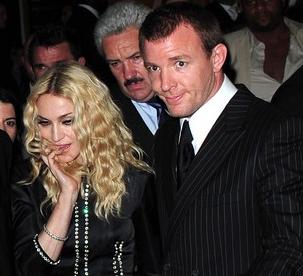 On Monday, Madonna spokeswoman Liz Rosenberg revealed in an e-mail that Madonna would pay Ritchie a settlement in the range of 50 million to 60 million pounds (about $76 million to $92 million). But the divorcing couple said Wednesday that Rosenberg’s statement contained inaccurate information about the financial settlement.

Their latest joint statement says settlement details of their divorce will remain private.

The pop star and the British film director were married in a lavish ceremony in Scotland in December 2000. Their divorce is expected to be finalized in January.