Madonna, the pop icon, could be set for a cameo on cult-animated show “The Simpsons” — if creator Matt Groening gets his way. 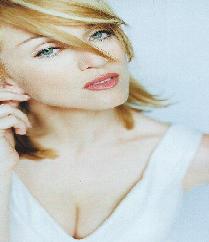 The cartoon genius is desperate for the singer to star in his series, following the likes of recent celebrity guest stars like Britney Spears, Mel Gibson, Stephen Hawking, Elton John and Dolly Parton.

Groening revealed, “We would love her to do the show. She’s one of the people we haven’t been able to get yet.”

He also revealed plans for a “Prison Break” episode in the near future “with tattoos and everything!”