Madonna, who previously promised to look after her adopted son, wants to follow in the footsteps of Oprah. 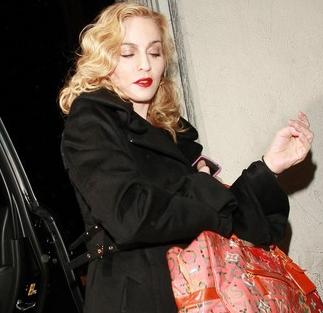 The singer has released a video on her Web site asking fans for donations to a girls’ school in Malawi as she revealed: “There are very few girls in Africa in general who are encouraged or allowed to go to secondary school so after spending a lot of time there I realized that one of the ways I could help was to build a girls’ school.”

She continued: “I would really be grateful if you would get involved and help me in any way that you can with donations, spreading the word, visiting my website, reading about the progress that we’ve made so far…. I would appreciate any help you could give us.”

Madonna has made regular visits to Malawi since adopting her youngest son David, 3.

Madonna found David at an orphanage through her Raising Malawi charity and was later granted temporary custody.

The High Court in the capital of Lilongwe approved the adoption this past May after a two-year battle.

Oprah Winfrey opened a school for promising girls from deprived backgrounds in South Africa in January 2007.

Oprah Winfrey revealed at the opening: “The school is a symbol of leadership, it stands for what is possible for African children.”

The Oprah Winfrey Leadership Academy for Girls, is located in the small town of Henley-on-Klip, south of Johannesburg.