Madonna, who is previously happy that her former husband moved on, must obey a strict set of rules if she wants to spend Christmas with her children. 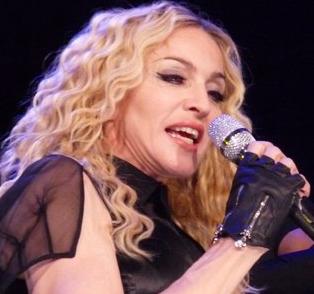 The singer’s estranged husband Guy Ritchie, who has decided to allow Madonna to stay at his UK mansion after previously refusing to let her sleep in the same house, has reportedly warned her not to bully the staff, throw tantrums or mention their impending divorce.

The “RocknRolla” director has also told strict vegetarian Madonna she must not criticize children Lourdes, 12, Rocco, eight, and David Banda, three, for eating a traditional Christmas lunch of turkey and ham.

A source revealed: “This Christmas is very special for Guy.”

Madonna landed in the UK yesterday (23.12.08) to spend the festive period with her children. However, soon after arriving at her former marital home in London, Guy and the three children they raise together left so the singer could have a lengthy meeting with her lawyer Fiona Shackleton to discuss custody arrangements.

A source said: “It doesn’t look like Madonna is that keen on having a family Christmas. The first thing she did when she arrived was have a meeting with her divorce lawyer.

The source added: “That won’t make things any easier when she is trying to keep things civil over the dinner table at Christmas. It remains to be seen how much time Madonna and Guy will spend together as they’ve started off by doing their best to avoid each other.”