Brad Pitt’s co-star was upset to find out she was playing his mum. 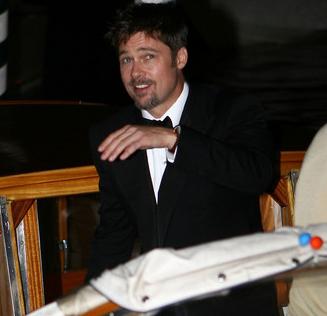 Taraji P. Henson says landing as role opposite the heart throb was a dream come true, but was dismayed to learn she would be starring as his parent in the film “The Curious Case Of Benjamin Button.”

The 38-year-old actress also spoke of her embarrassment the first time she met her co-star in the movie, which features 45-year-old Brad as a man who ages backwards, because she looked so different.

Meanwhile, Brad Pitt has saved Christmas for 150 American families as he spent more than £3 million rebuilding 150 New Orleans homes destroyed by Hurricane Katrina – just in time for the festive season.

The actor funded 150 eco-houses as part of the Make It Right program. He plans to build more in the New Year.

Brad revealed: “It’s not just housing, it’s homes. It’s where people created families, took their kids to school, where those kids took their first steps and played with their friends. These people don’t want handouts, but they’ve suffered a great injustice.”