Marcia Cross has failed to stop her [email protected] pictures from appearing on the Internet. 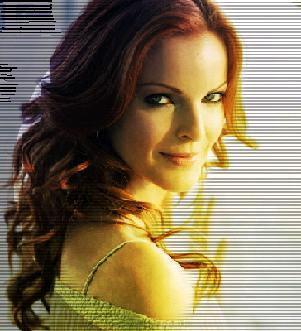 The photographs of the “Desperate Housewives” star showering outside were among 200 personal pictures found by a Los Angeles firm when they were hired to clear out garbage from the actress’ house in October last year.

Despite the actress’ attempts to prevent the pictures being published, they are now available online. You could see her photos here.

The 45-year-old actress can be seen in some shots shampooing her hair while in the shower.
Phoenix-based agent David Hans Schmidt, who was famous for brokering deals involving compromising, and often highly personal, photos and videos of celebrities, represented the junk removal firm.

At the time of finding the photos, he revealed, “There are some pictures of her showering outside. She looks absolutely gorgeous. And yes, the carpet does match the curtains. The pictures were not stolen. When you throw something away, you forfeit that property. We recognize the copyright issue, but US copyright law stops at the border.”

When asked for a comment, mother-of-twins Marcia said she couldn’t understand why anyone would want to see her [email protected], saying, “I’m pale and bony, just kind of unfortunate looking all the way around, so I don’t see what the big deal is.”

Unfortunately Mr. Schmidt was found dead in his Arizona home after committing suicide in September. Shortly before his death, he had agreed to plead guilty in a plot to extort more than $1 million from Tom Cruise for the actor’s stolen wedding photos.