Jessica Alba split with her recent boyfriend because Cash Warren was terrified of commitment, according to the friends of the couple. 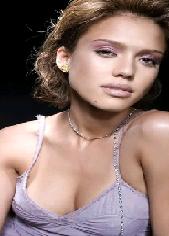 The actress reportedly ended her two-year relationship with the production assistant last week, after months denying that they have relationship problems.

Now friends reveal the break-up was relatively amicable, but prompted by differences in the couple’s long-term aspirations.

One friend revealed, “He (Cash) wasn’t ready for marriage, and Jessica is. It’s simple as that. It’s kind of cold that the press is saying she was just finished with him, because it isn’t like that.”

Friends added that Eva Longoria’s recent French nuptials finally pushed the actress, saying, “Seeing Eva get married made Jessica wistful. That was the reason Jessica seemed to be in a terrible mood in Paris.”