Martine McCutcheon, who was wearing a bikini, was spotted topping up her tan in the Caribbean sun ahead of her British television comeback. 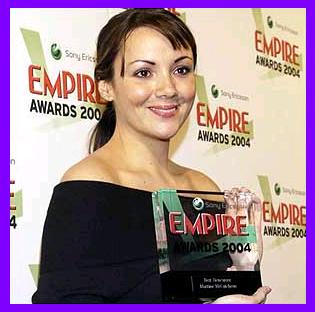 The former “East Enders” star proves she is once again riding on the crest of a wave, which you could see here and here. She was pictured on a Barbados beach holiday with her man and looked to be having a whale of a time.

The 31-year-old actress, who played Tiffany in the hit BBC1 soap, has been keeping herself busy with her role in new soap opera, Echo Beach, which starts on our screens on January 11 and her ‘cute’ fella whose name still remains a mystery.

She recently revealed, “Yes, I’m dating someone at the moment and I’m really happy, but for once I’m not shouting it from the rooftops. I think he’s really cute.”

She has been linked to stars like Mick Hucknall and Paul Nicholls in the past.