Meg White became the center of a scandal after a controversial video reportedly showing her having s*x was posted online. 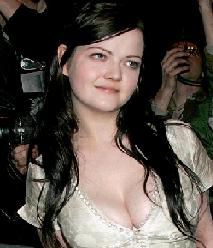 The explicit tape shows a  [email protected] woman resembling the White Stripes drummer, cavorting on a bed with an unidentifiable man.

The video has appeared on a number of gossip sites, and is being cited as the real reason for the recent cancellation of the band’s tour — previously blamed on Meg White’s “acute anxiety.”