Megan Fox and fiance Brian Austin Green have split, it was reported. 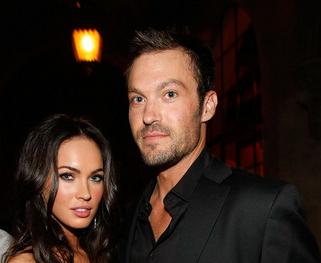 An insider revealed: “The relationship had run its course. It’s completely amicable, and they are remaining friends.”

Fox, 22 (who’ll reprise her role as Mikaela in this June’s sequel Transformers: Revenge of the Fallen), and Green, 35 (a regular on Fox’s Terminator: The Sarah Connor Chronicles), now “are both focusing on their careers,” the source added.

Us Weekly has more details on their shocking split. Pick up the new issue, on stands tomorrow.

Another source said: “The decision was mutual. They’re still friends.”

The two met in 2004 and were engaged two years later in November 2006. Green, 35, who stars in Fox’s Terminator: The Sarah Connor Chronicles, revealed as recently as November that he and Fox were hopeful for a small wedding or even elopement.

Last November, Fox told Us that the wedding plans were still on, saying: “It’s not going to be a big wedding. I’m not one of those girls. If it happens, it will be very low-key and quick and unplanned.”