A former financial advisor to Michael Jackson said Friday that he was the person who recently turned over to executors $5.5 million, which had been “a secret between Michael and me.” 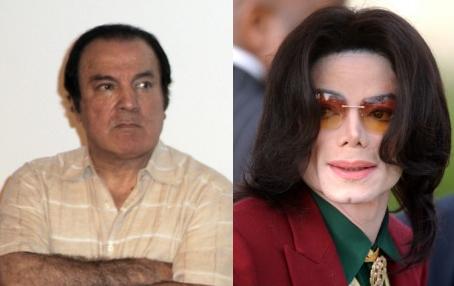 Dr. Tohme Tohme responded to an inquiry from The Associated Press about documents in which administrators of the estate said they had recovered $5.5 million and substantial amounts of personal property from an unnamed former financial adviser.

“It was not recovered,” he said. “I had the money and I gave it to them. It was a secret between Michael and me.”

He said the money, which came from recording residuals, was earmarked by Jackson for the purchase of what was to be his “dream home” in Las Vegas. He said he was in negotiations for the home when Jackson died.

“He said, ‘Don’t tell anyone about this money,'” Tohme recalled. “But when he passed away I told them I had this money, and I gave it to them.”

He said he also turned over a large number of items from Jackson’s Neverland estate that were once scheduled to be auctioned. When Jackson decided to call off the auction, Tohme said he had everything put into storage. He said he turned over that personal property to the executors as well.

Tohme is the financier who advised Jackson during the last year and half of his life and was instrumental in saving Neverland from foreclosure. He also was a key figure in negotiating the contracts for Jackson to do a series of comeback concerts in London.

The estate’s receipt of the money was revealed in court documents released Friday.

Attorney John Branca and music executive John McClain are serving as temporary administrators as spelled out in the King of Pop’s will. The men are finishing several deals that they expect will generate “tens of millions of dollars of revenues.”

They expect to submit those deals for court approval within the next week, the filings state.

The monthly stipends that Branca and McClain hope to provide the Jacksons were redacted from the court records released Friday.

Los Angeles Superior Court Judge Mitchell Beckloff refused to grant the allowances on Thursday, opting instead to consider them at a hearing on Aug. 3. The judge did allow the administrators to enter into deals that will bring reprints of Michael Jackson’s 1988 autobiography, “Moonwalk” back to booksellers.

Branca and McClain “believe that the projected cash flow and the assets of the estate are more than sufficient to cover the payment of this amount as a family allowance for the benefit of the minor children.”

Jackson paid for the expenses at the Jackson family home in the San Fernando Valley, the court filings state. The administrators plan to keep that arrangement, even though some of the expenses may go to other Jackson family members who also live at the home.

Jackson’s children will receive Social Security benefits, which have been applied for but payments have not yet started. Their monthly stipends from the estate may be reduced, depending on much money they receive from Social Security, the filings state.