Michael Jackson, the “King of Pop” who once moonwalked above the music world, died Thursday as he prepared for a comeback bid to vanquish nightmare years of sexual scandal and financial calamity. He was 50. 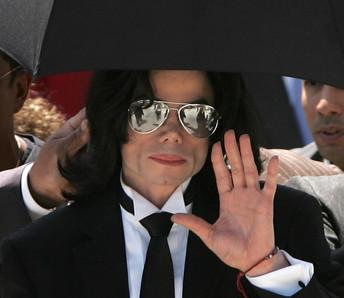 Jackson died at UCLA Medical Center after being stricken at his rented home in Holmby Hills. Paramedics tried to resuscitate him at his home for nearly three-quarters of an hour, then rushed him to the hospital, where doctors continued to work on him.

“It is believed he suffered cardiac arrest in his home. However, the cause of his death is unknown until results of the autopsy are known,” his brother Jermaine said. Police said they were investigating, standard procedure in high-profile cases.

Jackson’s death brought a tragic end to a long, bizarre, sometimes farcical decline from his peak in the 1980s, when he was popular music’s premier all-around performer, a uniter of black and white music who shattered the race barrier on MTV, dominated the charts and dazzled even more on stage.

His 1982 album “Thriller” _ which included the blockbuster hits “Beat It,” “Billie Jean” and “Thriller” _ is the best-selling album of all time, with an estimated 50 million copies sold worldwide.

At the time of his death, Jackson was rehearsing hard for what was to be his greatest comeback: He was scheduled for an unprecedented 50 shows at a London arena, with the first set for July 13.

As word of his death spread, MTV switched its programming to play videos from Jackson’s heyday. Radio stations began playing marathons of his hits. Hundreds of people gathered outside the hospital. In New York’s Times Square, a low groan went up in the crowd when a screen flashed that Jackson had died, and people began relaying the news to friends by cell phone.

“No joke. King of Pop is no more. Wow,” Michael Harris, 36, of New York City, read from a text message a friend had sent him. “It’s like when Kennedy was assassinated. I will always remember being in Times Square when Michael Jackson died.”

The public first knew him as a boy in the late 1960s, when he was the precocious, spinning lead singer of the Jackson 5, the singing group he formed with his four older brothers out of Gary, Ind. Among their No. 1 hits were “I Want You Back,” “ABC” and “I’ll Be There.”

He was perhaps the most exciting performer of his generation, known for his backward-gliding moonwalk, his feverish, crotch-grabbing dance moves and his high-pitched singing, punctuated with squeals and titters. His single sequined glove, tight, military-style jacket and aviator sunglasses were trademarks, as was his ever-changing, surgically altered appearance.

“For Michael to be taken away from us so suddenly at such a young age, I just don’t have the words,” said Quincy Jones, who produced “Thriller.” “He was the consummate entertainer and his contributions and legacy will be felt upon the world forever. I’ve lost my little brother today, and part of my soul has gone with him.”

Jackson ranked alongside Elvis Presley and the Beatles as the biggest pop sensations of all time. He united two of music’s biggest names when he was briefly married to Presley’s daughter, Lisa Marie, and Jackson’s death immediately evoked comparisons to that of Presley himself, who died at age 42 in 1977.

As years went by, Jackson became an increasingly freakish figure _ a middle-aged man-child weirdly out of touch with grown-up life. His skin became lighter, his nose narrower, and he spoke in a breathy, girlish voice. He often wore a germ mask while traveling, kept a pet chimpanzee named Bubbles as one of his closest companions, and surrounded himself with children at his Neverland ranch, a storybook playland filled with toys, rides and animals. The tabloids dubbed him “Wacko Jacko.”

“It seemed to me that his internal essence was at war with the norms of the world. It’s as if he was trying to defy gravity,” said Michael Levine, a Hollywood publicist who represented Jackson in the early 1990s. He called Jackson a “disciple of P.T. Barnum” and said the star appeared fragile at the time but was “much more cunning and shrewd about the industry than anyone knew.”

Jackson caused a furor in 2002 when he playfully dangled his infant son, Prince Michael II, over a hotel balcony in Berlin while a throng of fans watched from below.

In 2005, he was cleared of charges he molested a 13-year-old cancer survivor at Neverland in 2003. He had been accused of plying the boy with alcohol and groping him, and of engaging in strange and inappropriate behavior with other children.

The case followed years of rumors about Jackson and young boys. In a TV documentary, he acknowledged sharing his bed with children, a practice he described as sweet and not at all sexual.

Despite the acquittal, the lurid allegations that came out in court took a fearsome toll on his career and image, and he fell into serious financial trouble.

Michael Joseph Jackson was born Aug. 29, 1958, in Gary. He was 4 years old when he began singing with his brothers _ Marlon, Jermaine, Jackie and Tito _ in the Jackson 5. After his early success with bubblegum soul, he struck out on his own, generating innovative, explosive, unstoppable music.

The album “Thriller” alone mixed the dark, serpentine bass and drums and synthesizer approach of “Billie Jean,” the grinding Eddie Van Halen solo on “Beat It,” and the hiccups and falsettos on “Wanna Be Startin’ Somethin’.”

The peak may have come in 1983, when Motown celebrated its 25th anniversary with an all-star televised concert and Jackson moonwalked off with the show, joining his brothers for a medley of old hits and then leaving them behind with a pointing, crouching, high-kicking, splay-footed, crotch-grabbing run through “Billie Jean.”

The audience stood and roared. Jackson raised his fist.

By then he had cemented his place in pop culture. He got the plum Scarecrow role in the 1978 movie musical “The Wiz,” a pop-R&B version of “The Wizard of Oz,” that starred Diana Ross as Dorothy.

During production of a 1984 Pepsi commercial, Jackson’s scalp sustains burns when an explosion sets his hair on fire.

He had strong follow-up albums with 1987’s “Bad” and 1991’s “Dangerous,” but his career began to collapse in 1993 after he was accused of molesting a boy who often stayed at his home. The singer denied any wrongdoing, reached a settlement with the boy’s family, reported to be $20 million, and criminal charges were never filed.

Jackson’s expressed anger over the allegations on the 1995 album “HIStory,” which sold more than 2.4 million copies, but by then, the popularity of Jackson’s music was clearly waning, even as public fascination with his increasingly erratic behavior was growing.

Jackson married Lisa Marie Presley in 1994, and they divorced in 1996. Later that year, Jackson married Deborah Rowe, a former nurse for his dermatologist. They had two children together: Michael Joseph Jackson Jr., known as Prince Michael, and Paris Michael Katherine Jackson. Rowe filed for divorce in 1999.

Cardiac arrest is an abnormal heart rhythm that stops the heart from pumping blood to the body. It can occur after a heart attack or be caused by other heart problems.

Jackson’s 13 No. 1 one hits on the Billboard charts put him behind only Presley, the Beatles and Mariah Carey, Werde said.

“He was on the eve of potentially redeeming his career a little bit,” he said. “People might have started to think of him again in a different light.”

UPDATE: New details have emerged about the death of Michael Jackson, who died earlier Thursday afternoon — including a report that there will be an investigation into the music icon’s death.

Citing law enforcement sources, the Los Angeles Times is reporting that the Los Angeles Police Department Robbery-Homicide have opened an investigation into the music icon’s death — although they stress to the paper that there is no evidence of any criminal wrongdoing.

The report also says that the detectives plan to conduct interviews with Jackson’s relatives, friends and doctors in an effort to obtain more information on what happened, although the L.A. County Coroner’s office will determine Jackson’s cause of death.

The Times says Jackson was in full cardiac arrest when paramedics arrived at his Bel-Air, Calif. home on Thursday. Hundreds gathered Thursday outside of UCLA Medical Center to learn more about the superstar’s condition.