Michael Jackson feared he could never have children of his own because his abusive father kicked him so hard in the groin, he suffered permanent damage, according to a report. 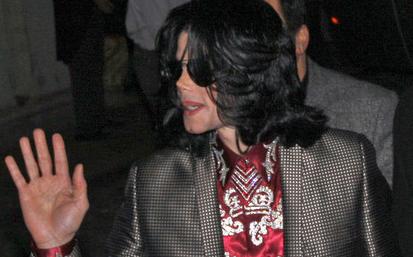 That’s just one of the shocking charges revealed by the gay ex-lover of Dr. Arnold Klein, one of Jackson’s doctors at the center of the police probe into the King of Pop’s death.

The superstar trusted his Beverly Hills dermatologist with some of his most intimate secrets, Klein’s former lover Paul Gohranson said in an exclusive interview.

Gohranson said that the dermatologist confided to him it was impossible for Jackson to be a dad.

“He told me Joe hit Michael in the groin area on a few occasions. The first time it happened was when Michael was a kid and Joe was beating him up. He wailed on him, accidentally hitting him in the testicles.

“When Michael got older, Joe did it again. But this time, he kicked him in the testicles – calling him a sissy who didn’t need his testicles anyway.

“Arnie told me that Michael said his testicles were forever deformed from that beating, and he believed that’s why he couldn’t have children of his own.

“Michael told Arnie he was impotent. He blamed his father for taking his childhood and his manhood.

“And he said when Debbie was pregnant with his first son, for months she thought it was Michael’s baby.

“She didn’t find out until mid-pregnancy that the baby, conceived through artificial insemination, was not Michael’s – and that at Jackson’s request, the sperm came from a donor he personally selected.”