Michael Jackson has a false nose that was missing as he lay in the morgue, a witness has claimed. 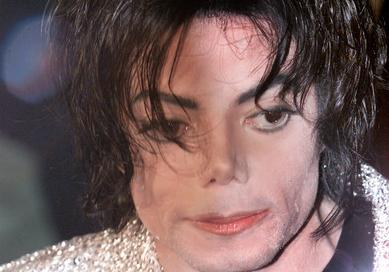 He said that there was simply a small hole where the singer’s nose should have been.

The witness, who claimed to have seen Jackson’s body on an autopsy table, said: “The prosthesis he normally attached to his damaged nose was missing, revealing bits of cartilage surrounding a small dark hole.”

It is believed that plastic surgery had so destroyed the 50-year-old’s nose, that it had disappeared completely.

“Jackson’s face which he had so painfully reworked and concealed from the public for decades now lay out in the open undisguised under the harsh lights,” the witness added.

The claims, which appeared in U.S. magazine Rolling Stone, were supported by Adrian McManus, a former housekeeper for the star.

Mr. McManus claimed that Jackson had kept a number of false noses, and explained how the star had used plasters to cover and support the prostheses.

“In his closet he had a jar of fake noses and stage glue, which he told me he used for disguises. But some were similar to his real nose, just without the hole,” he said.

Jackson, who is believed to have had about six operations on his nose, is said to have been obsessed with plastic surgery.

Childhood bullying has been blamed for the singer’s obsession, though friends also suggest that the star was desperate not to resemble his father.

Friend Marcus Phillips said: “Michael was elated about the fact that with the second nose job he looked less like his father.”

“If he couldn’t erase Joe from his life at least he could erase him from the reflection in the mirror.”