Michael Jackson has been the center of speculation of his alleged health problems but his spokesman denied the rumor. 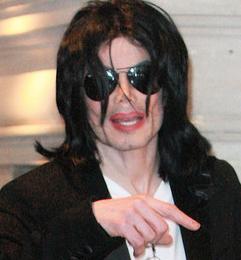 A spokesman for Michael Jackson released a statement on Monday denying as a “total fabrication” a report claiming that the former King of Pop needs a lung transplant due to a rare respiratory disease.

Ian Halperin, who is at work on an unauthorized biography of the singer, also claims Jackson can barely speak, suffers from emphysema and internal bleeding, and has lost 95 percent of the vision in his left eye.

The statement, which is attributed to Tohme, indicated: “Concerning this author’s allegations, we would hope in the future that legitimate media will not continue to be exploited by such an obvious attempt to promote this unauthorized ‘biography.'”

The statement also indicated: “The writer’s wild allegations concerning Mr. Jackson’s health are a total fabrication. Mr. Jackson is in fine health and finalizing negotiations with a major entertainment company and television network for both a world tour and a series of specials and appearances.”

Michael Jackson, 50, one of the best-selling recording artists of all time, began his musical career with his siblings in the Motown group the Jackson 5 and went on release such hit solo albums as “Thriller.”

But the singer has been dogged since the 1990s by scandal and revelations about his eccentric lifestyle. He was tried and acquitted of child sex abuse charges in 2005.