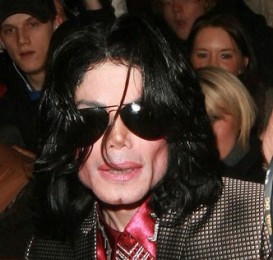 A source dished that the 9-year-old boy was dancing and spinning – and it was like an exact Michael Jackson dance. While his siblings were in one of the little quick change rooms backstage, Blanket was dancing on his own. He appeared to be happy while the kids were watching him and joking around.