Lindsay Lohan’s estranged dad Michael has replied to his famous daughter’s accusations that he is a public embarrassment and a bully. 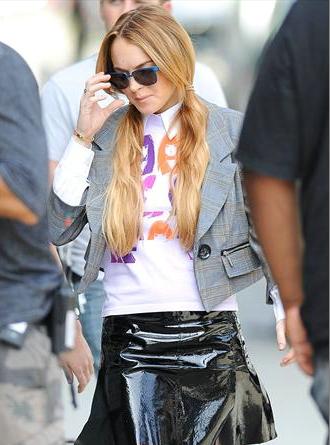 When Michael said Lindsay’s girlfriend Samantha Ronson is using her to gain fame, the “Mean Girls” actress reacted on her blog that her dad is the one “addicted to fame.”

She wrote in her MySpace blog: “He has become a public embarrassment and a bully – to my family, my co-workers, my friends, and a girl that means the world to me (it’s obvious who that is.”

Then as is on cue, Michael responded to Lindsay, dragging her mother Dina in the process.

He added: “I go to church. I go and help people in rehab. That’s control. How can she say I’m out of control? Samantha is one of the biggest problems in her life. That’s what Dina told me. I’m reacting on what Dina said, but then Dina steps out of the picture because she wants to look like the good guy. Dina’s a two-face. She wants to look good and stay on Lindsay’s good side instead of being a good parent. I don’t give two hoots about my relationship with Lindsay as a friend. One day she’s going to turn around to me and tell me, ‘Daddy, you were right.'”