Michelle Obama, who is the wife of Sen. Barack Obama, has made Vanity Fair’s international best dressed list for the second year in a row. 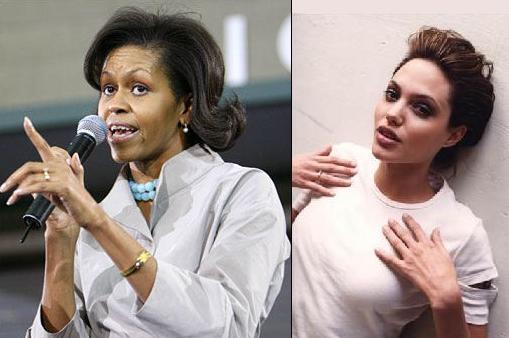 The wife of the presidential candidate was hailed as “our commander in sheath” by the magazine.

Michelle Obama started a fashion craze on The View in June: After she wore a $148 Donna Ricci dress from her local White House/Black Market shop in Chicago, the frock quickly flew off the racks.

Brad Pitt and Angelina Jolie were recognized as best dressed couple for the second year in a row.

See how Angelina Jolie dressed up her baby bump.